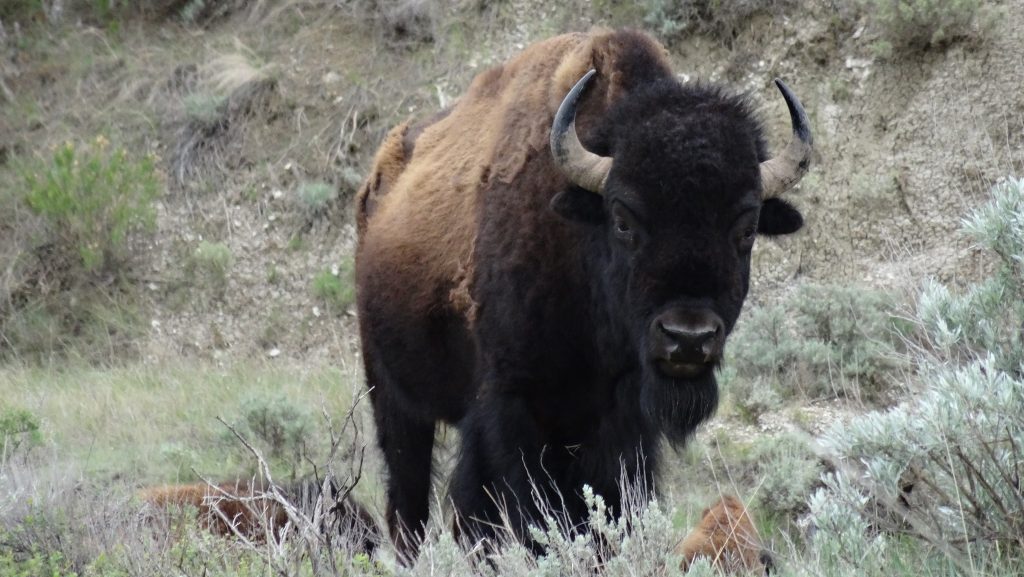 Jeff and I just came home from my amazing 60th birthday trip to National Parks I had not yet visited. I’ll be posting pictures and memories later but before I start describing the amazing time we had I have to comment on one thing: Some tourists are horrible humans and dumb asses.

In our travels we saw more bison than I could take pictures of and yes, there were quite a few, cute baby bison. Much to our horror the bison-in-the-van incident happened just days after we were introduced to the beautiful beasts. We were stunned that anyone would be so stupid and thoughtless. You can barely walk through a visitor center or read a pamphlet without seeing very clear warnings and instructions about co-existing with wildlife.

Also, just a day after we were enjoying all of the geysers and pools at Yellowstone, this little gem appeared in the media. Evidently, a group of “tourist bros” decided to just tromp around on the Grand Prismatic Spring in Yellowstone.

I’m very glad Jeff and I visited before all the madness of the tourist season which, evidently, begins on memorial day weekend. If you are traveling to national parks this summer may I suggest getting out in nature early in the morning (most of the visitor centers open at 8am but the parks themselves are open much earlier). Drive carefully, obey the rules of safely observing wildlife, and take all the pictures you can handle.